10 Things I Wish Would Have Done When I Was Younger 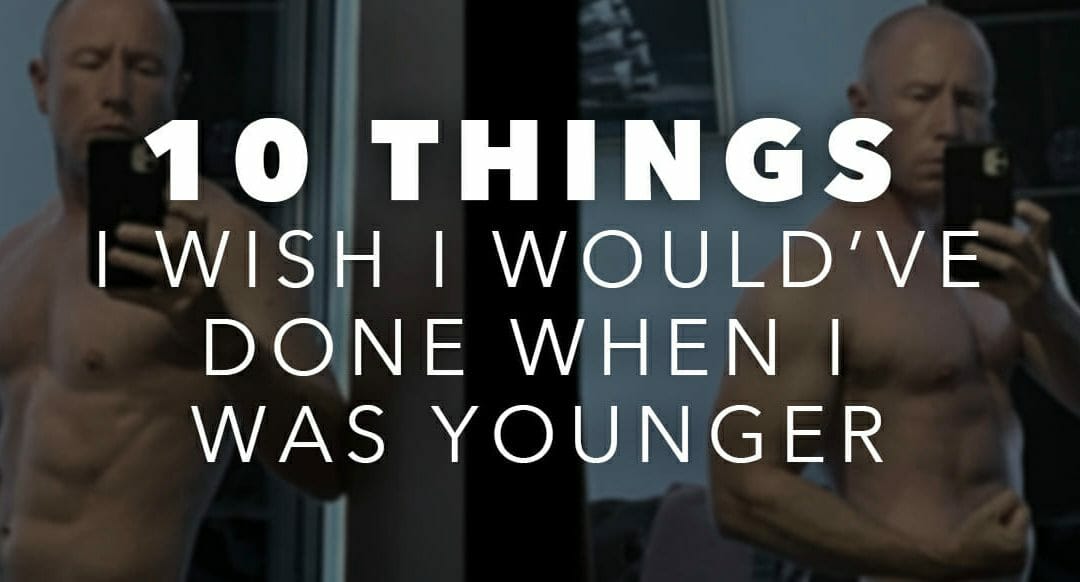 Recently one of my social media friends asked an interesting question. “What is something you’ve done that improved your life so much, you wish you had done it sooner?”

Most of the replies were pretty mundane normie stuff. “I got a better job.” “I took time to work on myself.” “I went to therapy” (lol).

There’s nothing new under the sun and this article has been written a thousand times before by other (and probably better) men, but who doesn’t love redundancy? Here we go with a list (in no particular order) of ten things I wish I would have done when I was younger!

You know how superheroes and movie stars are always jacked? I legit thought as a kid/teenager that you’re born with a good physique. Turns out that being muscular doesn’t just happen out of nowhere and you can change your pudgy fate simply by going to the gym!

I got into weight training when I was 20, but wish I would’ve built the foundations of fitness as a teenager. Better late than never, but the younger you start the better off you’ll be.

I was obese as a child and spent my teenage years as skinnyfat with no muscle mass at all. I had zero self confidence and was afraid of social interaction. I was intimidated by men who were physically better than me.

The gym changed that. Women started noticing me. Men started respecting me. I felt more powerful and my general health profile increased. I stopped being depressed and I got sick far less often. I made friends that had the same set of goals and attitudes. The discipline I built up through daily gym trips carried over into every other aspect of my life.

Here’s how I look today. Plenty of room for improvement, but I’m probably in better shape than 90% of guys my own age. 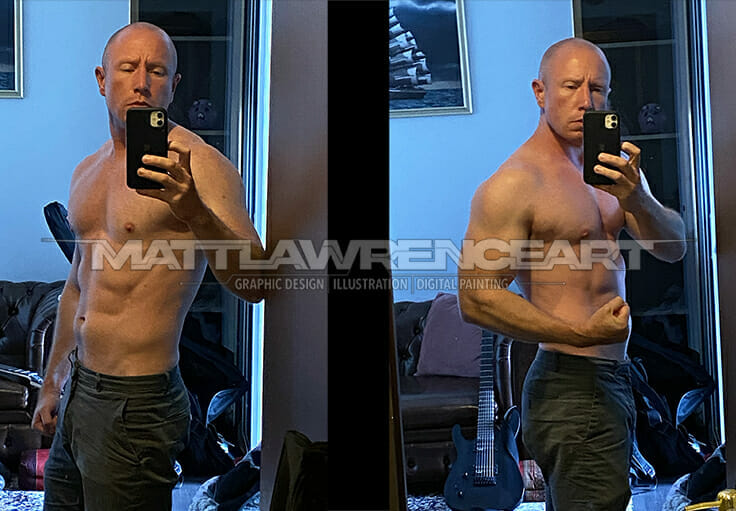 Lifting is only half the battle. Make sure that you’re eating right as having a good diet is equally important as your physical activity. Your food intake determines your body composition and largely your overall health, so make sure that diet is on point.

If you want a great resource on losing weight and making gains, I recommend Jay Campbell’s Guaranteed Shredded. I had the pleasure of putting this PDF together for Jay, and I can say that this is pretty much the best and most concise info on building a great physique that I’ve ever seen.

Get Into Martial Arts 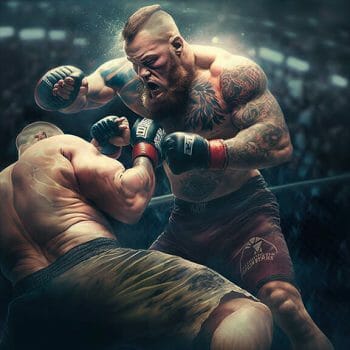 Every man should get punched in the face a few times, and that includes you.

I joined an MMA gym at 28 but had to quit due to an unrelated hand injury a few years later. I’d show up to my day job beat to hell and covered in bruises, and I loved every minute of it.

The amount of confidence you’ll build while training is unparalleled, and you’ll learn that you’re not made out of glass.

It definitely sucks that I live in the land of Muay Thai and can’t train, so get on this while you’re in your teens/20s and have quick injury recovery. I’d recommend both Muay Thai and Brazilian Jiu Jitsu for both standing and wrestling skills. Krav Maga is a great option too.

Move Out Of The USA

America was arguably one of the best countries on earth until about 2008. Now it’s on an unsalvagable decline. Europe is even worse.

I personally love Southeast Asia and moved to Thailand permanently in 2018, but wish I would’ve done this in about 2010 instead. Can’t say I’d go back unless there are some very massive changes. 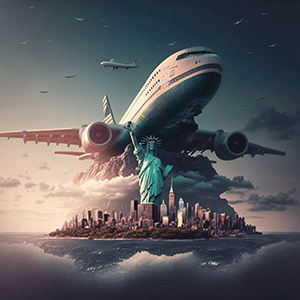 On that note, I wish I would’ve started learning to speak/read Thai as soon as I got off the plane. I’m embarrassed to say it took me 3 years to focus on learning Thai. My quality of life has vastly improved since I got serious about learning the language.

If you’re going to settle somewhere permanently, make the effort to learn the local language and get into local culture.

Everybody should be able to speak at least 2 languages as it broadens your horizons and allows you to think in different ways.

If you’re not sure where you want to live or don’t plan on becoming an expat, pick a broadly applicable language that interests you. Spanish is a great option for Americans and easy to learn for English speakers. Russian is a good option as a lot of Eastern Europeans and former Soviet Union countries can speak Russian. Learn Chinese and you’ll be an international business powerhouse. Learn Japanese and you’ll be an elite-level weeb.

I don’t recommend learning languages like French, German or Thai unless you plan on living in that specific location long-term. Most Western Europeans speak English, so if you’re just traveling in Europe it’s a waste of time.

Learning a second language also gives you a hobby and something to work on daily.

Are you living in constant terror of layoffs? Pissed you can’t get a raise at your soul-crushing megacorp? You’re not alone. Most people have a single source of income from a day job, but that leads to major problems if your company goes out of business or you’re fired due to budget cuts.

Secondary income streams are a must if you want financial security, and I wish I would’ve started investing in dividend stocks, building recurring income projects, doing affiliate marketing, and creating side businesses much earlier than I did. One of my best recurring income streams is selling t-shirts, so if you’re also a graphic designer I recommend signing up for TeePublic and selling your artwork.

I’ve given up throwing money into retirement accounts like IRAs/401ks. Why sink money into something you can’t access without massive tax penalties until you’re a geezer? It’s a normie game plan.

I’ve gotten a far better ROI learning the basics of investing and starting my own stock portfolio. You can get into investing easily through Robinhood, so sign up here. (affiliate link – I get a free stock and there’s no cost to you). You can get rolling as soon as you deposit some money in your account and it’s super easy to use. I can’t really give advice here as investing is somewhat new to me, so definitely do your own research and start thinking long-term.

Also get yourself a good accountant to help with your taxes. Nothing’s as infuriating as handing over money to a government that hates you. 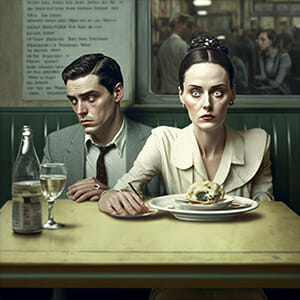 Some guys never figure this out and remain simps their entire life. You don’t need a woman in your life to feel “whole”. I was an Average Frustrated Chump™ from my teens to mid 20s, constantly thinking I needed a girlfriend to fill some kind of personal void.

Learn to enjoy being by yourself. Play an instrument. Take up art. Go to the gym. Learn new job skills. Make dating/relationships a piece of your overall plan, not your core goal.

Build yourself physically, mentally and financially in your teens and 20s, and you’ll be 100x more desirable in your 30s/40s. I have far better dating options as a 40 year old man vs when I was 25.

You have plenty of time to find a good woman down the road, so don’t get saddled with poor choices. Absolutely don’t let your dick overpower your brain and knock up some random girl. So many of my old acquaintances are miserable because they got married/had a kid with a horrendous bitch that they can’t tolerate. Most of those guys have gotten divorced and ruined both mentally and financially because of this, so take your time and choose wisely.

If your local dating options are bad, move somewhere else.

Stop Hanging Out With Idiots

Closely related to dating, you’re better off being alone than hanging out with idiots.

A rising tide lifts all ships, so it’s important to build a solid friend group that inspires each other to be better and helps improve the whole crew. Get a solid group of guys together and you’ll all be the better for it. Ruthlessly cut losers out of your life, and that includes family. 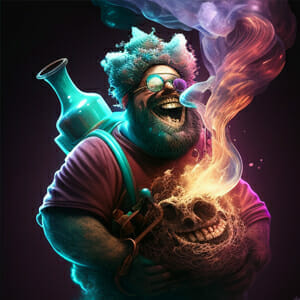 I spent my teenage years as a stoner and regret every second of it. I was paranoid, shy, had zero self-confidence, plus wasted an ungodly amount of money and potential being high all day. I’ve met a handful of successful stoners (more these days since marijuana is a valid business option in many places), but this is the exception and not the rule.

The vast majority of stoners don’t do anything but meander from one Netflix series to the next, so don’t get caught in the trap of chronic marijuana use.

One of the best things I ever did for myself was put down the pipe and pick up the iron, so if you have a problem with weed then the gym is your solution. Fitness is a great replacement for substance abuse. 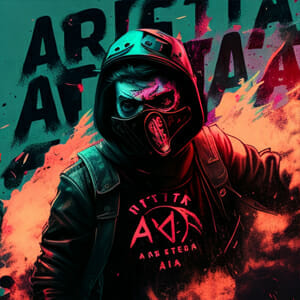 You’d be hard-pressed to think of a more toxic subject than Western politics. Mainstream media is 100% propaganda that will poison your mind into being constantly angry over things you can’t control.

I spent my late teens/early 20s hanging out with punk rockers and hardcore kids. While I enjoyed the music and had a lot of fun playing shows and going on tour (check out my old bands), most of the scene kids were miserable, hypocritical people obsessed with various “isms” and “fighting injustice”. Most of my college friends were insufferable leftists that would start arguments and piss everybody off by shoving agendas down everybody’s throat.

I was in an an atheist hardcore band with a couple of male feminists, and they’d preach cringe topics in between songs then argue ideology with fans and other bands after the set. Embarrassing to say the least. I luckily never got too involved with this as I just wanted to write cool riffs, but absorbed some of it by proxy. I wasted plenty of time mentally raging at Christianity, reading atheist books and going to various events full of ugly girls and stinky crust punks.

I’d have been better off joining a frat or something instead of wasting countless hours trying to fit in with a lame social circle. This kind of ideological obsession has only gotten worse over time, and most Westerners’ lives are dominated by politics.

Wasting time and energy on whatever outrage or social cause du jour is pretty much the worst possible thing you can do in your life. That time is better spent doing literally anything else.

Find Some Kind Of Spirituality

I’ve seen enough weird stuff in my life to know there’s something out there beyond what we see in the “normal” world. Spend some time meditating in the forest with your feet on the grass. Go to a temple. I won’t to tell you what to do as your journey is personal, but don’t cut yourself off from your spiritual side.

There you have it, an extremely long-winded article full of advice you didn’t ask for. Go forth, young padawan, and try to implement at least one or two of these things.