Legend of the Japanese Tourist 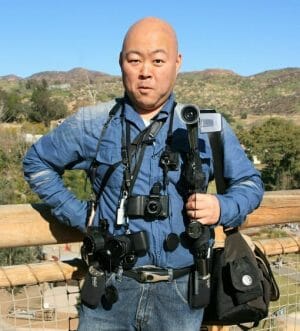 Have you ever been in a Walmart parking lot in rural Illinois at 3 in the morning and seen an Asian guy with a $3000 camera taking a picture of a stop sign for god knows why? Congratulations, you’ve encountered a Japanese tourist! They’re real, they’re everywhere and, to the average American, they’re entertainingly bizarre.

Last night I was headed to the dumpster, ready to throw away a cardboard box. Little did I know, this was the beginning of the most interesting event that will ever occur in human history.

As I exited the building, a minivan pulled up next to me. Side note: If you’re ever going to perform a drive-by shooting, choose a minivan. Minivans are probably the least threatening vehicle to encounter in the middle of the night until BOOM, AK-47 unloading on your ass for not paying your heroin debts. Lucky for me, I wasn’t executed. Instead, the minivan pulled up next to me and out hops a middle-aged Japanese guy complete with super thick, borderline-unintelligible accent.

The man hastily inquires, “Herro. Is this place have bathroom here?”

“Nope, sorry man. No bathroom around here. You can try the grocery store across the street, they’re still open.”

The Japanese tourist shakes his head and looks at the ground. “No. No… May I have box?” Oh god, he wants the box. “I needing box for son… What is word?” The man ponders for a moment, trying to remember the proper English translation. “I needing box for son to shit in.” I hand over the box, trying somewhat successfully to avoid exploding in laughter. 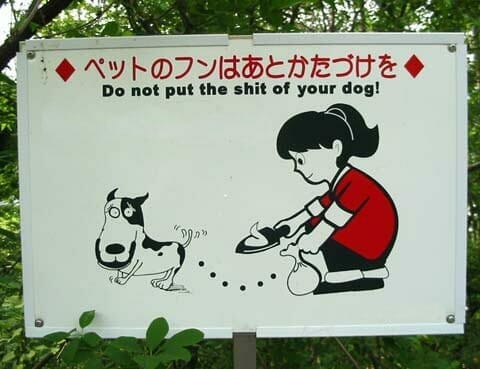 He takes the box as I wander back inside. I glance towards the minivan, beholding a roughly 5 year old child in between two cars, shitting directly into a cardboard box. Mission accomplished! I gathered up more trash and headed to the dumpster, expecting to be greeted by the reeking stench of a turd-filled box.

Maybe it was punishment for derailing the family trip. Maybe it’s some cultural thing. All I know is that there was no shitty box waiting for me in the dumpster, so that means our foreign father took the dump with him. Godspeed, you crazy tourists, and better luck finding a bathroom next time.