Interview With An Actual Australian 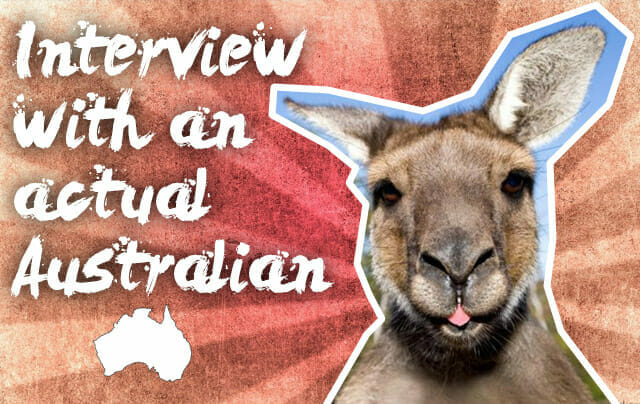 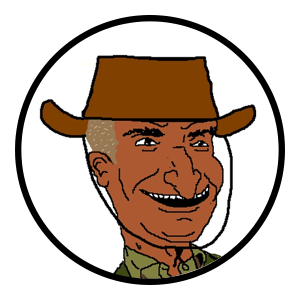 G’day, mate! Today we’re going to do an interview with my friend Josh, who is an actual Australian. He’s from the city of Sydney, which is Australian for “Las Angeles”.

In case you don’t know, Australia is both a continent as well as a country. Its also filled with shit that will kill you such as giant spiders, poisonous wombats and, most importantly, Australians. We’re both gettin’ right pissed at the pub, so let’s get started!

Matt: So, tell me a little bit about Australia. You aren’t there so it must suck. Why did you flee your home country?

Josh: Mate ‘Straya is the fuckin best country on Earth mate, tha fuck ya been drinkin’ petrol? I’m only here cause I’m on holiday with me missus to Phuket for 2 weeks, good chance to sink some Singhas and get a massage mate ay. Nah yeah I’ll be back soon mate, dont have too much time off with me job ay, those cunts at the site work me loike a fuckin dog. Cunts

Matt: How many times have you gone on walkabout?

Josh: Aw too many times to fuckin’ count cunt, me an the boys’ll sink some tinnies on a fridie night and get absolutely fuckin maggoted and nek minute we’re breaking into a Bunnings in the middle of the night and runnin around beating the shit out of each other with brooms

Matt: Where is ” down under “. Can you locate it on a map or is it classified by your local government?

Josh: Down under aint a place mate, its a fuckin’ loifestyle, sittin back on the house boat cruisin down the river with ya missus cookin some snags while you’ve got a line in the wata

Matt: Exactly what the hell is a kookaburra anyway?

Josh: A kookaburra is God’s way of saying to Australians “WAKE THE FUCK UP CUNT YA GOT SHIT TO DO”. Them little cunts are the bane of me existence mate, ya be lying in ya bed on a Satdy mornin’ after a long night on the tins and one of the little assholes will start fuckin’ squawkin’ and to be completely fuckin’ truthful mate on the odd occasion I’ll crack out the shotty and blast the little asshole out of the tree for wakin me up the inconsiderate little cunt

Matt: Do you actually “throw” a shrimp on the barbie, or is that just a horrible racist stereotype?

Josh: That shit’s a load of crap, nabody says that. We do loike a good ol Chrissy feed with some prawns on the barbie though

Matt: Tell me about the Outback. Is it just a shitty restaurant, or is there more??

Josh: Its is a fuckin desert mate, nabody wants to fuckin be there except those dickead farmers who just want to stick it God like “Yeah nah mate I’m roight, livin in the desert is a piece of piss mate, dunno what those city folks are on abeet, it’s not that bad”, and he’ll say all that shit whilst he’s swatting away 50 million flies from his face that are trying to crawl into his mouth. Cunts fucked I reckon, I’m just happy in my house boat on the hawkesbury river mate, livin the dream

There you have it! In one simple, short interview, you have literally learned all there is to know about Australia, its wildlife and how to properly utilize the word ” cunt”. Please don’t hesitate to get in touch with the Australian Board of Tourism and Wallabies with any further questions.

Read next: What Is The Worst Superpower?
Hire me to draw stuff for you