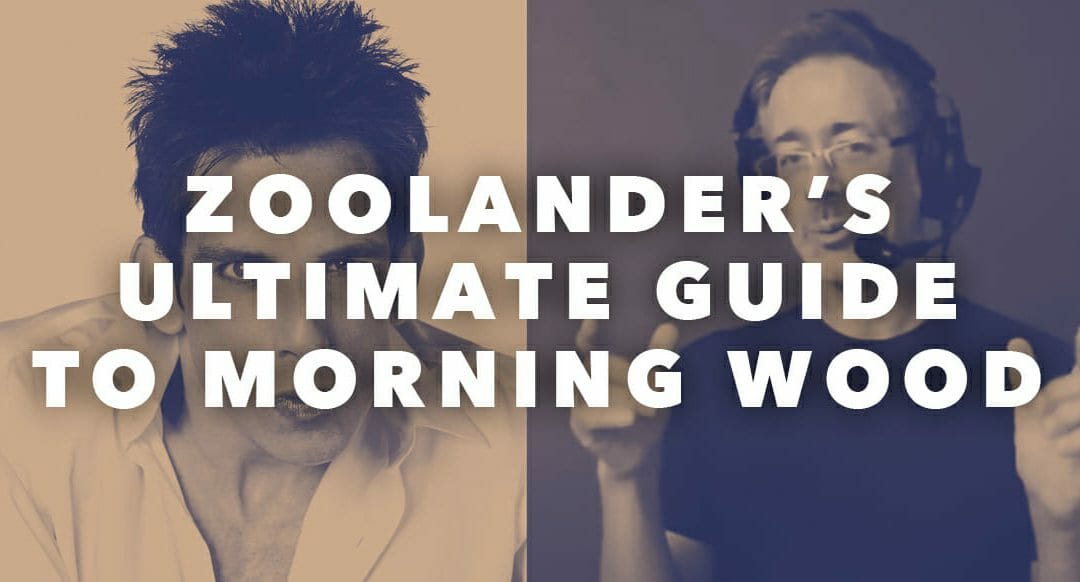 Image research is an activity that’s constantly required as an artist. If you’re making a logo, you need to find what others have done, both for inspiration and to make sure you’re not ripping anybody off. If you’re illustrating something, reference pictures really help to make your art more realistic and proportional.

I’m often engaged in some really questionable image searches. For example, I had about 200 searches for “Casey Anthony tits” when creating WELCOME TO HELL by Bad Billy Pratt. This is necessary as you gotta make sure those tiddys look right or nobody’s gonna know it’s supposed to be the World’s Greatest Mom.

During one of my many forays into Google Images, I somehow stumbled onto a YouTube channel called “Rock Hard For Life”. This channel is run by an Alpha Male Sexual Tyrannosaurus by the name of Zander Holt, who specializes in Rock Hard Cocks (for life™). Check it out: 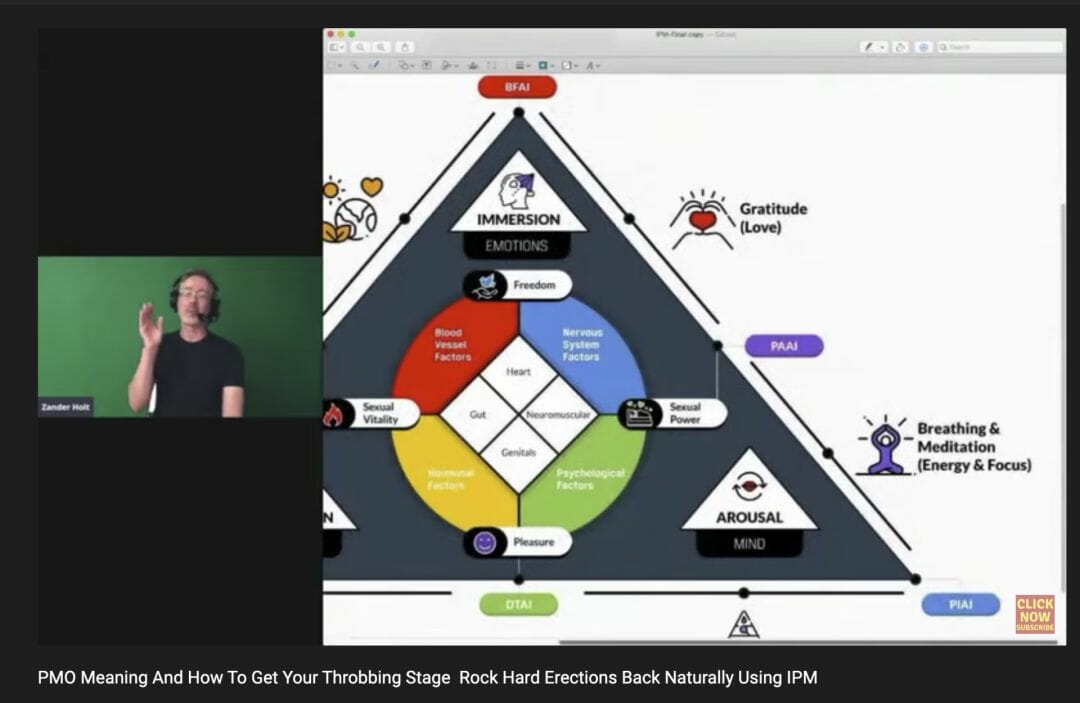 As you can see, this guy is an unparalleled fuck machine and also reminds me of Zoolander, which I will call him hereafter.

I’m pretty sure there’s a lot more to life than having a really, really, hard boner in the morning. And I plan on finding out what that is.

After browsing Zoolander’s YouTube page and taking him very seriously as a sex guru for several minutes, I noticed that Zoolander tends to reference “morning wood” a lot. If you’re female, or a male with a vagina, or a mollusk of some sort, you may not have a penis and may not be familiar with morning wood.

What Is “Morning Wood”?

Webster’s dictionary defines “Morning Wood” as “when you wake up with a boner and then you wind up peeing all over yourself and the rest of your bathroom/family pets because you just can’t get the angle right to pee normally without breaking your dick like an old tree branch”. It’s a pretty annoying phenomenon that I’ve personally never paid much attention to. However, Zoolander says it’s really important, which I assume is related to selling affiliate products.

Zoolander has a “stage” system regarding morning wood. YouTube comments reference this. Without actually watching further, I discovered there are at least 4 stages of morning wood, with Stage 4 Morning Wood being extremely desirable for some reason. As I am a scientist and also a doctor in many 3rd world countries (excluding Micronesia), I feel like I’m qualified to make an even BETTER morning wood system. In the interest of fairness and science, I’m naming this new chart after Zoolander himself. Presenting Zoolander’s Ultimate Guide To Morning Wood!

Son, you’re not even in the game. This is weak. You are a failure as a man. Your dick remains soft and you are able to piss normally every morning without cats fleeing in mortal terror of liquid flying in their general direction. The Morning Noodle stage of Morning Wood is limp and soft, not even al dente. Hide yourself in a closet and commit ritual seppaku in order to restore your honor.

Standard-issue Morning Wood. You are usually able to stand in awkward positions in order to not piss all over the toilet seat, thus angering your already angry wife and spending the rest of the weekend on the porch with the other noodles. You’ve advanced out of the realm of Limp Dicksman and into the realm of having a condom not just fall right off when you put it on. This is the bare minimum to avoid having your manhood insulted by zoo animals as you walk buy. Don’t hide in a closet, but don’t go bragging as your $10/month OnlyFans “girlfriend” will give herself eyestrain listening to your bullshit.

Now we’re getting somewhere. Like the the mighty oak, you are noteworthy in your solidity and longevity. Women take notice of your morning wood as you stumble out of bed and you start to pee all over stuff. Toilet accuracy is a thing of the past. Leave the cleanup to someone else, as you finally command a degree of respect. No embarrassing suicide or trips to the porch for you, champ!

You’ve officially left the realm of Journeyman Bonerist and entered into the realm of The Master Bator. You wake up with a hole in the mattress and your uncontrolled stream of urine alerts the local military to an unexplained incursion on radar. Hide small animals in the basement as you can actually blast a medium-sized dog through the wall with your pee pee, resulting in expensive trips to the vet. Feel free to Rock Out With Your Cock Out™, as nobody will dare challenge a man walking around with the 10k megaton destruction abilities of DEFCON Morning Wood. You are elected President of several communist countries, including the United States.

Approaching the realm of science fiction, your weiner detaches from the body and breaks the speed of light, alerting the Galactic Federation and destroying several sentient alien civilizations. Women from other realities are impregnated without knowing why. Your urine stream quenches the fires of 1000 suns, earning you the nickname “The World Destroyer”. The universe unites against you, only to discover your reign of galactic terror originated as some schmo from Cucky, OH (population 13,572) who doesn’t even know where his dick is.

You learn to project your consciousness directly into your penis. Repeated trips around the universe have brought you to true understanding and harmony with all life, establishing a oneness of purpose. Human flesh merges with stone, oak, nuclear weapons and urine to create a being of pure energy, achieving The Boner Singularity. You are able to shape matter purely by will alone, eliminating the need for urinating in any particular direction. Toilets form and dissolve, allowing you to piss in all directions without spilling a drop. You are the perfect entity, uniting the universe under a blanket of thousand-year peace and prosperity. Alien civilizations welcome Earth into their tutelage, embracing Earth as the progenitor planet of He Who Woodens The Universe. You are the Alpha and Omega, and Zoolander himself autographs a dick pic just for you. Thank you, wise one, for saving us all.

Like this article? Read my book The Chronicles of Bronan The Barbarian