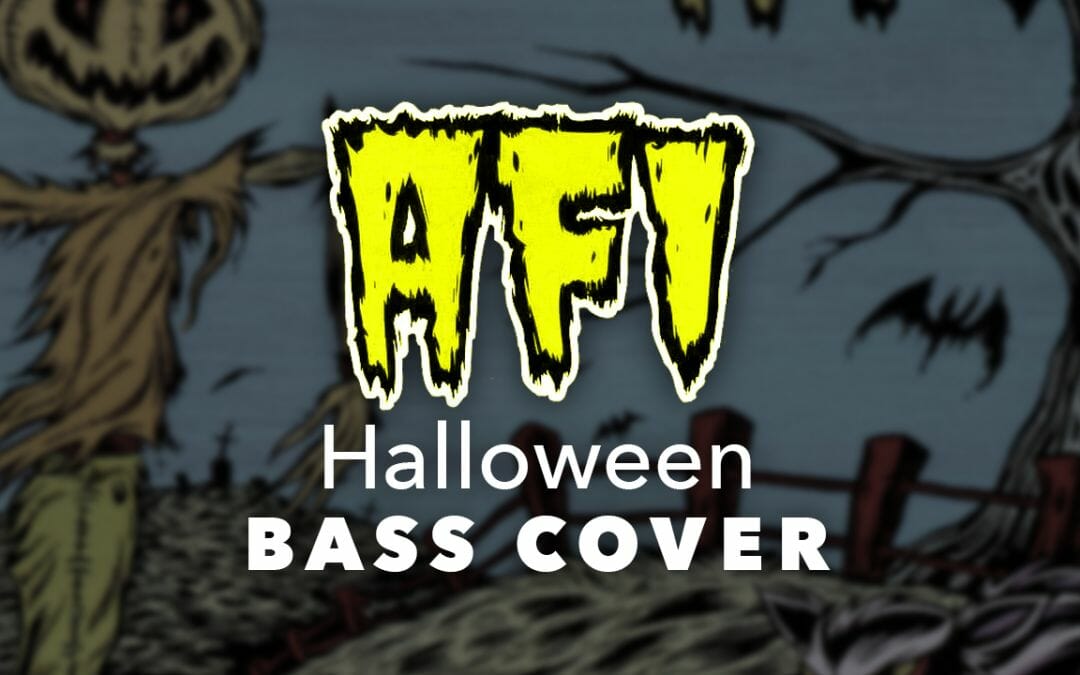 Halloween is of course the greatest holiday of the year. It’s nothing but costumes, hot skanks in costumes, candy, skanks and more candy. What’s not to like? Instead of celebrating Halloween by transforming into a drunken mess in a half-assed costume, check out my bass cover/playthrough of AFI’s classic cover of The Misfits’ “Halloween”:

Although The Misfits version is arguably one of my favorite punk songs of all time, I went with the AFI cover version because it’s more intricate and fun to play. As always I put my own spin on the song. I utilize the low B string throughout the song pretty frequently, but it’s obviously meant to be played on a standard 4 string bass. The tabs for the AFI version suck, so I put my own version together by ear. You can easily figure out your own version with the basic tab I linked to and a bit of messing around.

Special shout out to my boy Jack Greenman from Simply Brutal Co. for giving me some advice on improving my video quality. Jack is an excellent designer and vocalist for the band Denied Rapture, so make sure you check out his work.

Wanna collaborate on some music? Need any graphic design? Give me a shout and let’s work together!

Watch more of my videos on my YouTube channel